Skip to content
April 24, 2012December 13, 2015 ~ tarynblackthorne ~ 2 Comments
Here’s yet another wonderful author who’s agreed to come onto the blog with me! Brave lady…help me welcome Jordan K. Rose.
After trying her hand at many, many things- from crafting and art classes to cooking and sewing classes to running her own handbag business, Jordan finally figured out how to channel her creativity. With an active imagination and a little encouragement from her husband she sat down and began to write, each night clicking away at the keys with her black Labrador, Dino curled up under the desk. A few short years later she’s entered the publishing arena with no plans to ever turn back.
Jordan’s a member of Rhode Island Romance Writers, as well as RWA National, and the New England (NEC), Connecticut, and Fantasy, Futuristic and Paranormal (FFnP) Chapters.
Her first book, Perpetual Light, is available on Amazon’s Kindle from Crescent Moon Press.
Fate is cruel. Especially when the one you’ve sworn to love for all eternity, the very soul who changed your destiny is the last person you should trust. After more than three hundred years of running, Lucia Dicomano must make a choice.
Forced to take her place as a Pharo of Redemption, the divine slayer needs to master her forgotten powers. Lucia turns to Vittorio, the one vampire she’s failed to deliver from eternal damnation. But overcoming smoldering remnants of love, lust and anger aren’t their only obstacles.
Samuel, who may know Lucia better than she knows herself, hunts her with a fervor stoked by a thousand years of vengeful hatred. His plan—capture and enslave the weakened Pharo then take control of her elusive power.
Can Lucia trust Vittorio long enough to reclaim her powers? Or will she have no choice but to kill him and battle Samuel alone?

Here’s Wendy’s latest release for all you fellow romance fans!

Here are the rules…
1. pick 6 sentences from a WIP, a published book or something of YOURS.
2. link back Here
That’s it. Easy Peasy. Here’s mine 🙂

You need a place to rest, somewhere that they cannot find you, or that they dare not attack in broad daylight.

Okay, creepiness aside, the voice was making a whole lot of sense. I needed to get hidden. I had a few ideas, mulled them over while I used the shower and wrapped myself tightly in the towels that had been hanging on the wall. Mostly dry and much cleaner, I still didn’t know what to do, where to go. Fear twisted and churned and gurgled in my gut.

Like Loading...
April 10, 2012December 13, 2015 ~ tarynblackthorne ~ Leave a comment
Samhain Publishing has so many wonderful authors. Please help me welcome another one, Cathryn Cade! Don’t forget to comment for a chance to win her latest!

My husband and I have traveled to Hawaii several times, and I fall more love with the islands with each visit. Being a writer and a romantic at heart, I spent some time last year on the long and winding road down from Hawaii Volcanoes National Park, doing what I do best — daydreaming.

That was the beginning of Hawaiian Heroes I; Walking in Fire. Writing Melia and David’s story was more fun than I’ve had since … well, since we were actually in Hawaii. I spent a good part of this last fall and early winter in my office with beautiful Hawaiian music streaming on Pandora Internet Radio as I keyboarded, transporting myself away from cold rain to a tropical paradise full of intrigue, danger and hot, hot sensual romance. My characters always seem to fall into bed and then into love, lol.

Here’s a quick blurb, so you can meet Melia and ‘Malu’.

Born to defend his people, he will sacrifice everything—for her.
Nawea Bay, a remote Hawaiian paradise, is just the haven Melia Carson needs to escape the chill of heartache. Instead, she finds herself swept up in a tropical heat wave, fueled by her unexpected attraction to a handsome native she meets on a snorkel tour.

He’s big, powerful, hot enough to melt her defenses—and he’s not all he seems. How else could he survive an injury that should have killed him…and why does she dream of him garbed in ancient native dress and wreathed in flames?

David “Malu” Ho’omalu is on the Big Island to find and destroy a cache of dangerous designer drugs before they can be sold to his people. Fending off amorous female tourists is part of the job, but one look in Melia’s blue eyes, and his instincts scream that she is his.

As Melia surrenders to the desire burning between them, she discovers more than a fiery heritage that defies modern logic. She discovers a man who would descend into the molten depths of the volcano to protect his island. And her…if she can find the strength to trust her heart to him.

Hot, hot Hawaiian hero with volcanic passion on his mind. Better pack a heat-proof bikini for this island paradise.

And I should add, you may have an irresistable desire for a mai-tai! Thanks so much for stopping by. Leave a comment and I’ll enter you in a drawing to win a free copy of the ebook, to be awarded April 10.

I’m so excited to have Cynthia Woolf here today! Here’s a little bit of background, in case you didn’t know.

Cynthia Woolf writes sci-fi romance and historical western romance. Her books include the sci-fi Centauri series, CENTAURI DAWN, CENTAURI TWILIGHT, and CENTAURI MIDNIGHT and TAME A WILD HEART. She has a second historical coming out in April titled TAME THE WILD WIND. 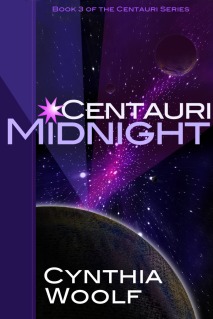 Lost our princess yesterday. She was in so much pain. But now she’s not. Probably bossing the other three around on the other side of the rainbow bridge.
Thank you #halcon2019 !!!! #soldout #success!!!